EST 1980
COVID-19 Update: The Watermark team is working remotely and ready to serve your business with thoughtful and dynamic content.
AboutServicesOur WorkBlogContact
//

Why is a Boutique Marketing Firm More Creative?

When it comes to marketing and advertising agencies, it’s important to have the creative individuals at the top of the org chart.

There are too many instances in larger marketing firms where the “creatives” are expected to come up with dynamic ideas only after receiving direction from multiple levels of “higher-ups” (who many be dynamic businesspeople, but lack in right-brained creativity) and their interpretation of what they think the client wants.

I may be dating myself here, but perhaps you remember the old game of “telephone,” where one person in a group whispers a message to the next person, and the message gets passed down the line through a whole group of people. It’s amazing how that message can change from the original recipient to the end receiver. The initial message of “Four score and seven years ago…” can end up being “Your core and server ego.” Talk about “lost in translation.”

Let’s apply that same “telephone” philosophy to a large agency scenario in which a corporate client has a rebranding campaign need. In this situation, the conversation with a large firm would be:

As you can see, the original desires the client outlined get reiterated through so many people who may hear the original message differently, by the time it gets to the creative individuals who are actually producing the work, they have a convoluted, misdirected idea of what the client is actually asking for.

In a successful boutique marketing agency, the president/CEO possesses equal right-brained creativity and left-brained business acumen to be able to not only understand a client’s marketing needs from an ROI perspective, but also can offer fresh, innovative perspectives from the get-go.

Bottom line, client intent and desires can get lost within the hierarchy of large agency management who might not lean toward the creative side. Chances are, a boutique firm can hit the client’s “target” much faster and more effectively, because the small, close-knit team on the project has all heard the same message and has interpreted it with creativity and smart design. 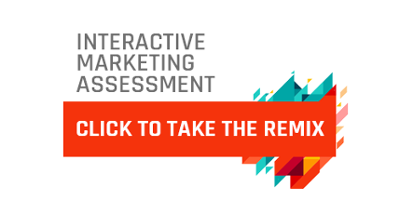 Top Benefits of a Boutique Agency and Why They're Gaining Popularity

What to Do When Adobe Business Catalyst Support Ends

7 Things to Look for When Hiring a Denver Advertising Agency

How Can a Boutique Marketing Firm Help Me?