The digital era has introduced several new tactics for reaching and engaging consumers, including inbound marketing, automated emails and more.

It has also introduced the outcasting of outbound marketing, something many marketers are referring to as “traditional advertising’s slow death.”

However, don’t count traditional marketing out just yet. Not only is are traditional mediums still used by millions of people, but like an old dog can learn new tricks, "old" outbound methods can be tweaked for a digital world. There are many benefits to an integrated mix of outbound and inbound strategies, but before we dive into that, let’s breakdown what traditional marketing is.

Outbound, or traditional, marketing is often described as a marketing tactic with one sole purpose—getting consumers to buy. Usually, it is distributed over mediums, such as radio, billboard, TV or print. With that in mind, let it be known, traditional marketing is far from dead. To prove it, here are four reasons outbound is alive and well:

No matter the channel, traditional advertising does one thing better than almost any other marketing medium—raise brand awareness. Getting your business’s name out is the first step of any marketing strategy. This is even more important for a new business just starting out.

So why are traditional methods so effective at raising awareness? Because these mediums have extremely large reach, meaning high numbers of consumers will see your marketing message. In some campaigns, where raising awareness and increasing reach is the goal, outbound advertising can be the perfect addition to a marketing strategy.

RELATED: HOW IMPORTANT IS CORPORATE COLLATERAL?

With the rise of on-demand and online streaming services such as Hulu, Netflix and HBO Go, many consumers are choosing to ditch their cable subscriptions. Therefore, the everyday television ad may not seem like the best strategy in terms of ROI. Live television events, however, change this.

If there’s one thing that hasn’t changed since the introduction of televisions in 1927, it’s the standard that if an event or occasion is considered important, it will be broadcast on television. One live recurring event that consistently draws in large audiences is sports. 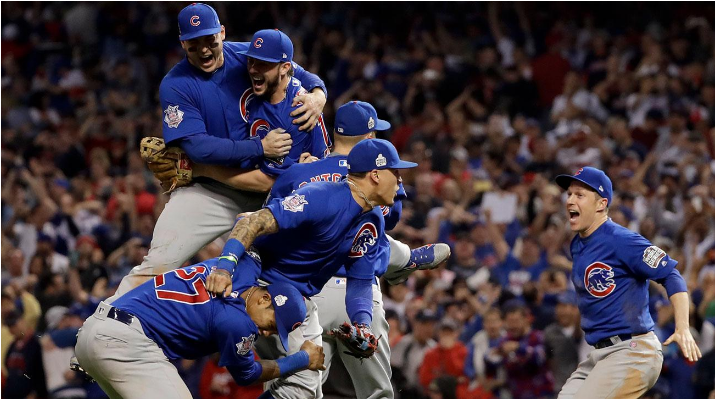 For example, the 2016 World Series between the Chicago Cubs and Cleveland Indians drew in 70 percent more viewers in Game 7 (49.9 million) than in 2014’s matchup between the San Francisco Giants and Kansas City Royals (40.045 million). In fact, Fox Sports, who hosted the 2016 World Series estimates that more than 75 million viewers tuned into Game 7 throughout the night.

Additionally, on June 13, 2016, the NBA wrapped up its finals between the Golden State Warriors and Cleveland Cavaliers, who were meeting in the championship series for the third year in a row. The series went five games, drawing in an average of 20.4 million viewers throughout the series. Game 5 also drew in 20 percent more viewership than 2016’s Game 5.

So what can we take away from viewership numbers? Again, this goes back to raising awareness. These types of live broadcasts bring together massive amounts of target viewers. Finding the right live broadcast and buying an ad spot can expose millions of potential consumers to your brand.

BILLBOARDS DIRECT TRAFFIC TO THE WEB

The human brain processes visual information 60,000 times faster than plain text. Eyes are naturally drawn to images and photos because our brains find it easier and faster to process, which is why billboards are extremely useful.

Billboards are primarily visual forms of traditional marketing with minimal text. This means they catch consumers’ attention and convey a message quickly, making these ads perfect for raising awareness. Billboards have also transitioned to a digital world with electronic displays.

One of the largest digital billboard displays is New York City’s Times Square. The official website of Times Square estimates that upwards of 300,000 people enter the area daily, and that’s only a pedestrian count, not including people riding buses or taxis.

Perhaps one of the most successful recent digital billboard spots was Spotify’s “Thanks 2016” campaign, which was released in November of last year. The highly successful campaign featured ads with Spotify’s 2016 music streaming analytics, presented in a humorous light, to increase awareness worldwide.

Again, this shows us the vast reach outbound advertising has. With thousands of people traveling through Times Square and other populated areas, your marketing message can be seen by consumers across the globe. However, there is one additional thing billboards do well in the digital era—create buzz. 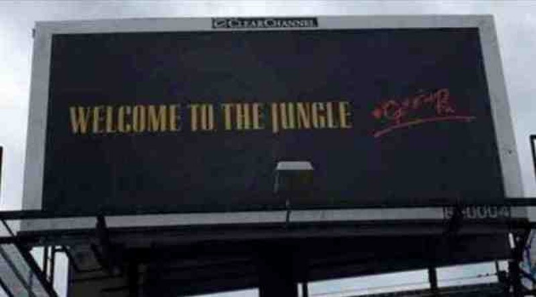 In 2016, digital billboards started popping up in major cities across the nation flashing the Guns N’ Roses logo and song titles without any other information. The billboards drew consumers online, where fans began online discussions and posting photos online. Not only did online ticket sales take off after the announcement of a reunion tour, but it also got consumers talking, which can sometimes be just as beneficial as a viral video or infographic.

RELATED: HOW TO BECOME A SMART MARKETING COMPANY

If there is one traditional medium that has adapted to the modern marketing of the digital era, it’s radio. The introduction of online music streaming services, such as Pandora, Spotify, Apple Music Sirius XM, has made the radio mobile-accessible and catapulted it into the digital world.

According to The Infinite Dial 2017, radio is the leading reach platform, with more than 256 million Americans listening for an average of 14:39 hours each week. A majority of listeners listen to Pandora (86%), iHeart Radio (71%) and Spotify (62%), however, 63% of drivers over age 18 use traditional AM/FM radio to find and keep up with new music.

Looking at the three most popular traditional advertising tactics, it’s clear to see that the mediums themselves are not dying. Consumers are still using these methods, which are adapting to a digital space.

Therefore, like all marketing plans, deciding on the best tactics depends on your individual business. Oftentimes, the best solution is a carefully planned mixture of traditional and digital strategies. Most importantly, you must understand your target market. Find the mediums they use most and craft messaging that will reach out and grab their attention.

So when you’re getting ready to build out the next year’s marketing strategy, just remember, long live outbound marketing!

Want to learn more about our outbound marketing services?

How to Improve the Readability of Your Blogs

How to Develop Personas for Online Marketing

How to Build Strong Halloween Ads With Emotion