COVID-19 Update: The Watermark team is working remotely and ready to serve your business with thoughtful and dynamic content.
AboutServicesOur WorkBlogContact
//

We all know that the internet and the way people use it is constantly evolving, but so many people still don’t bother to make sure that their website is evolving along with it.

If you want to make sure that your website is more than just an unchanging billboard that will be outdated in a matter of months, then you need to start A/B testing your site — it’s easy to do, takes very little time, and is the key to making sure that your website is always as effective as possible at engaging users and turning them into customers. No matter who you are or what type of business you run, you have every reason to A/B test your website.

This blog will cover the most important topics related to A/B testing, including:

Prefer video? Click here to watch a Watermark video on the importance of A/B Testing.

What is A/B Testing?

A/B testing is a way to test your website and find out how to make it more effective. It works by taking some kind of change on your website and showing the change to some people while others see the original version. Data on how people are using each version is collected and after enough data is gathered, it can be determined which version worked better. That version is used as the new default on the site, resulting in a website that works better overall than before the test was run.

Why A/B Testing is So Important

As we already stated, the internet and the way people use it is always changing. When the internet first started, it was basically one big forum and only a handful of people were using it. Before long, personal computers became cheaper and online businesses were blowing up, taking the internet from a small forum to the world’s largest marketplace. The next massive wave was social media, turning the world’s largest marketplace into a place where people were also marketing themselves. Today, we’re in the middle of yet another massive change now that social media has matured into the most powerful marketing tool ever and people are mainly accessing the internet through mobile devices.

The constant evolution of the internet means that people are always learning and getting used to new ways of using the internet. A simple example of this is how website menus have changed and been simplified: 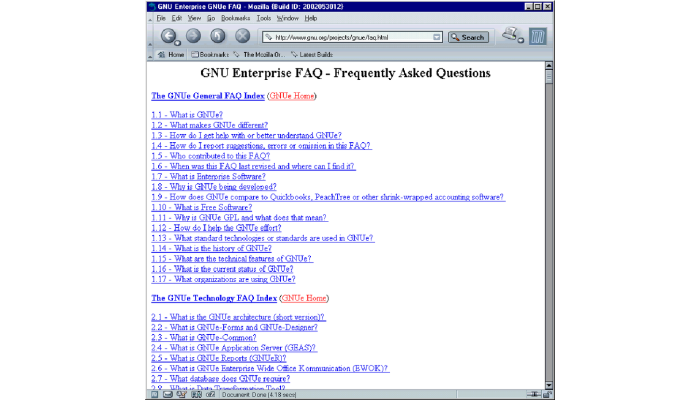 Now that most people access the internet through a mobile device that isn’t big enough to show an entire menu without taking up a ton of space, the hamburger menu is the new standard: Just a decade ago, most people would have no clue what the hamburger menu symbol meant at all, but now that it’s so common, people see the symbol and instantly know that clicking it will show them the website’s menu.

Overall, the evolution of the internet hasn’t slowed down one bit and there’s no way that any website can remain efficient and familiar to users if it does not evolve along with the rest of the internet.

With that said, it may not always be clear as to what exactly on your website needs an update. So how do you know what to change on your website so that it can keep up with the rest of the internet and be as efficient as possible? The answer is A/B testing. A/B testing along with basic analytics allows you to see how people are using your website and how changes on your website are helping/hurting your business.

For a quick summary, A/B testing is when you make a change on your website and use analytics to see if that change is working better or worse than the original version. For example, Watermark has  recently been testing our hamburger menu to figure out which combination of placement and style results in the most people using the menu. If more people use the menu, that means that they are actually exploring our site and not just showing up on a page and leaving. We’ve tried a traditional hamburger menu (top right of page and a regular style with horizontal lines), we’ve tried a more stylized version with the lines on an angle, we’ve tried adding a “MENU” label right underneath the hamburger menu button… we’ve tried a lot and it’s already helping us out a lot. It turns out that the highly stylized version of the menu button that we were originally using on the top left of our site was making it so many people didn’t really notice or use it. When we switched to a more typical style and placed it in the top right, we saw that many more people were using it. This small test and the results we got from it have allowed us to make a small adjustment on our site that is already making a huge difference when it comes to engaging users, and therefore  more business over time.

How to set up and use A/B testing

Now that we’ve explained the importance of A/B testing, you may be thinking, “This all sounds great, but how do I even do it?” The best part about A/B testing is that it’s actually very simple to do - even if you don’t have lots of spare time or enough resources to hire an SEO specialist and Web Developers, you can still utilize A/B testing to its full potential with minimal setup and minimal continued effort.

The only requirement to get started with A/B testing is to have some kind of analytics set up on your website to track how people use it. This is how you will be able to compare different versions of something on your site when you A/B test it - tracking will show you that one version is getting better results than the other. The most common way to set up analytics on your site is to set up a Google Analytics account and slap the provided tracking code onto your website. While this is the most common approach and the approach that we use at Watermark, it may seem a little too complicated to get started with, so there are simpler alternatives to Google Analytics that will let you set up tracking with minimal effort and knowledge. The most important thing is that you have tracking, so explore your options and choose an approach that works best for you.

Once you have analytics set up, you are ready to dive into A/B testing. Just like with analytics, there are many different approaches and services to help you make this happen, so you’ll want to look into your options. Included with Google Analytics is Google Optimize, which makes setting up an A/B test extremely simple - just click on something on your site, change its appearance with the Optimize tools, and start the test. Google will randomly show one version or the other to any person that ends up on that page of your site and will track how people interact with the different versions. Once the test has run long enough to gather enough data, it will tell you which version is best. From there, you just select that version and now your website is permanently improved. Now you’re ready to start your next test and keep improving your website!